Digitalisation and digital transformation projects are still hot topics, but are digital skills keeping up with digital developments?

In recent years, there has been invested extensively in digitalisation, where process automation and optimisation have been a focus area for many companies. At present, digital transformation is very much about using IT solutions to make the way we already work more efficient.

Digitalisation on the agenda

Digitalisation has become a fundamental element of companies’ business and future reason for existence. Digital know-how has thus become a priority. This creates a high demand for new resources to cover the new workflows.

“We see how increasing automation requires us to map new workflows and standardise the way we work – and then power up the automation tasks with, for example, software robots to do the work,” says Ib Sørensen, partner at Compass Human Resources Group.

When we talk about digitalisation, this is often associated with new processes and workflows – and often across organisations and functional areas. Digital transformation requires a good dialogue between the business that has the need and is working on the task, and those who will develop the solution.

“We see companies who are looking for a robot developer to automate a current manual process, but often do not fully know or have understood the existing workflow and process. This often requires the involvement of employees who are in direct contact with the processes to ensure that it is not simply reduced to an IT project rather than a digitalisation process”, Ib Sørensen supports.

“Around 40 percent of Danish jobs will disappear completely or will be changed beyond recognition. Many jobs will disappear, but developments also mean that new jobs will be created. Specifically, for all of us, it will mean new ways of working, and for many it will be in a completely new job,” Preben Mejer, technology and IT expert, says.

Experts believe that digitalisation is well underway – but in the near future, artificial intelligence (AI) will have completely new applications. It will become even more advanced and take over more functional areas. One of the major areas of focus is increasing productivity through digitalisation – and in many cases through artificial intelligence. The Danish business sector is thus developing rapidly, yet there is a massive shortage of resources.

“The whole Internet of Things (IOT) is evolving rapidly. We see how sensors are connected and capture data that is not only used to increase productivity, but is also valuable data for a number of other areas or businesses,” says Ib Sørensen.

Has the development of resources kept pace with digitalisation? Or could it be a case of an expired date stamp on employees’ skills and competencies? Based on a slightly daring stance, a system operator of an IT system will not be able to just sit down and be an expert in artificial intelligence without training. We hear from several clients who even claim that a digital mindset requires “native” digital employees – that is, employees who are born into the digital age.

Are IT resources reaching an expiry date?

The digitalisation agenda requires companies to first recognise the need for new skills and competencies, while ensuring that current profiles are developed towards digital needs. As a company, Compass Human Resources Group has extensive experience in the search and recruitment of digital profiles, as well as heavy IT specialists and leaders:

“We have extensive experience in finding digital and IT employees, and we know the difference between a skilled process-oriented consultant and an IT developer. We follow digital as well as technological developments and know what it takes for a digital transformation to deliver value,” Ib Sørensen, says. 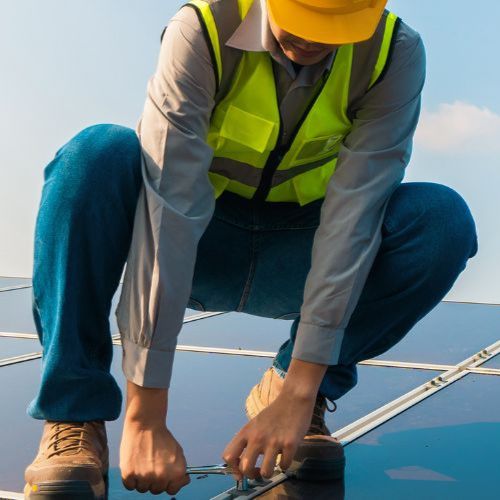 We prepare you for the challenges of tomorrow.

Digitalisation and digital transformation projects are still hot topics, but are digital skills keeping up with digital developments?

Digitalisation has become a fundamental element of companies’ business and future reason for existence. Digital know-how has thus become a...

Near sourcing in the industrial segment: A broken supply chain creates challenges for Danish SMEs

ESG in the financial sector: The green agenda has attraction value for investors, clients and candidates

Sustainability requirements for the financial sector are steadily growing. Demand from clients and investors has been increasing in recent...
More posts